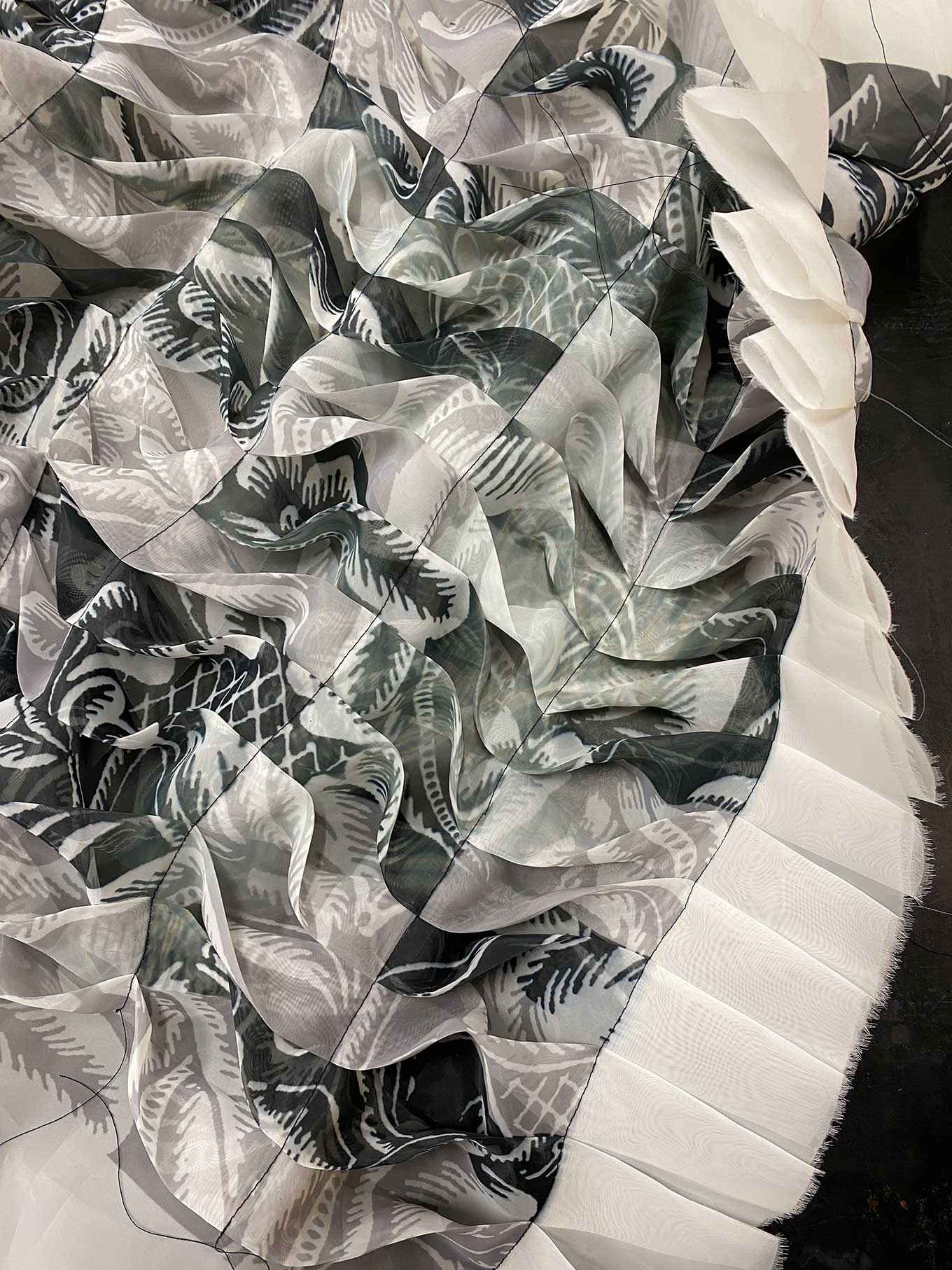 This project examines the reading of three patterns from the early 18th, 19th and 20th centuries. One of the patterns bears the story of the 18th century block-printed Kattun pattern. Flower-patterned cotton fabrics imported from India / Persia by Armenians to the south of France and established in Sweden by immigrant German Jews. The second pattern is a reworked version of “Hoyle´s Wave” – optical waves that are said to have arisen by mistake in 1820, due to a misfed roll in a printing press in the English factory Messrs. Simpson & Co of Foxhillbank. The third is a pattern showing braiding that, in the early 20th century, was not uncommon in architecture, often cast or carved into stone. A trompe-l’oeil where a pattern tries to be something else.

“The delicate transparency of the fabrics reveal not only their patterns but also layers of history, dissolving our perception of time itself.”

If you’re interested in talking about a potential art or design project, the purchase of artworks, workshops or consultations, please reach out below.